Why Is Seaweed Good For you 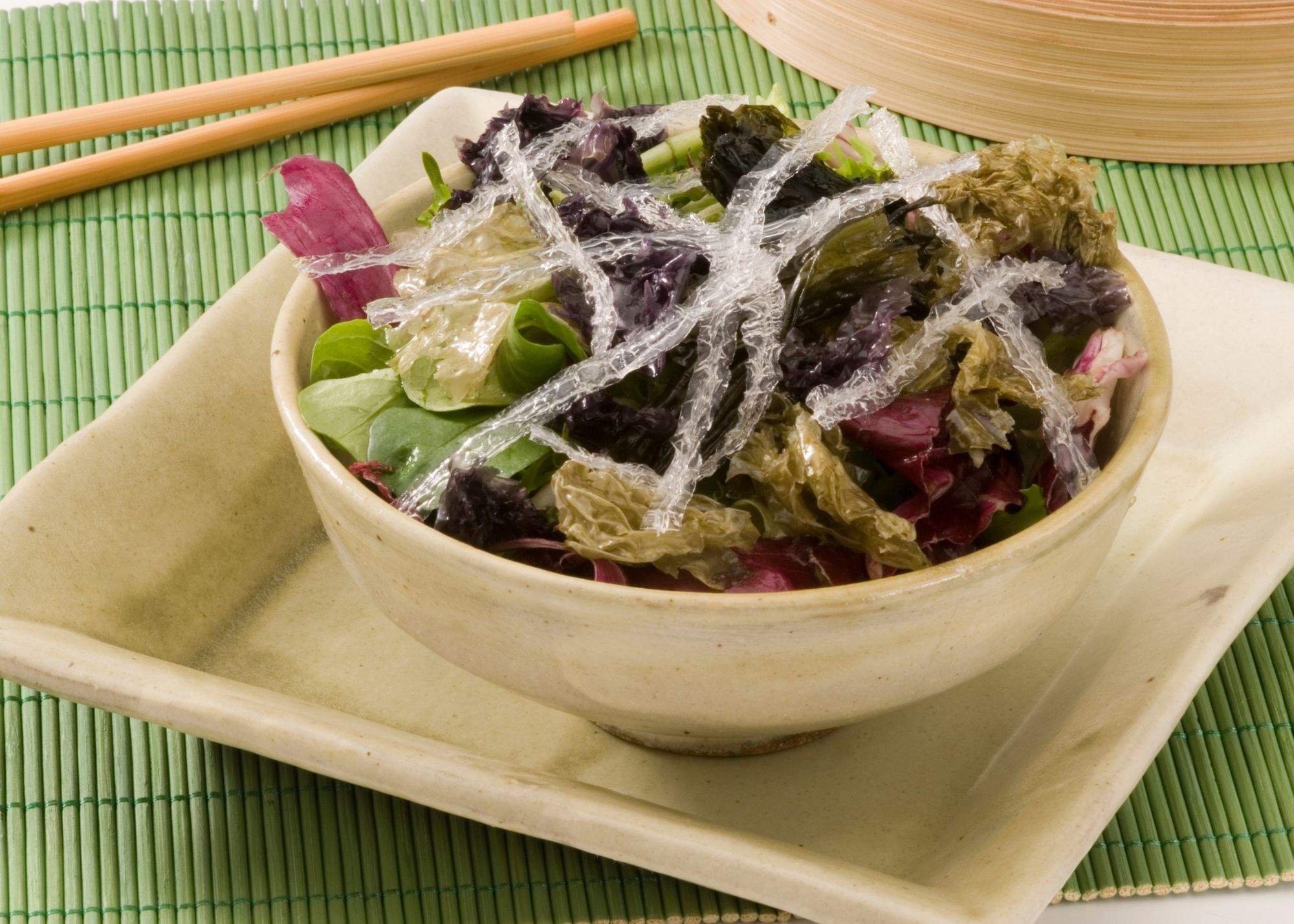 Is Seaweed good for me and my family?

Edible seaweed is natural, low in calorie, and nutritious, containing many micro and macronutrients that are essential for health.

Antioxidant such as fucoidan is found in brown seaweed such as wakame. It has been shown to be capable of protecting human cells from oxidative stress and inflammation.

In addition, water soluble fibre and alginates (mostly in brown algae) are polysaccharides that help keep your digestive system and gut bacteria healthy and happy.

In short, seaweed really is an all-rounder healthy superfood!

Seaweed as a salt substitute

The umami flavour and naturally occurring sodium makes seaweed a great salt substitute. In Australia, we are well exceeding the current guideline of no more than 5g of salt consumption a day. The average intake of salt is 7g and 10g for an average women and men respectively. Seaweed contains 70-90% less sodium compared to salt which makes it a great replacement.

You’ve probably heard that consuming too much salt is not that great for your health.

We are currently consuming more salt than we should. While adding a bit of salt during the cooking process is okay, 75% of our salt intake are in fact coming from processed foods. Think about your packaged snacks, fast foods and takeaway. When combined with table salt a sprinkle here and there, it all adds up.

The health implication of eating food high in salt can contribute to water retention. Long term excess sodium intake can increase blood pressure and places an added burden on the heart.

If you are used to adding salt or salty flavourings like stock cubes, soy sauce, cheese and condiments to your food, try swapping with a seaweed sprinkle. You can sprinkle it on your food or into your meals just like you would use fine or flaked salt.

What about seaweed salt?

The sodium reduced salt is a combination of potassium chloride, sodium chloride and thaumatin. Thaumatin is a natural protein isolate extracted from Katemfe fruit originates from West Africa. Approved by the Food Standards Australia and New Zealand as a sweetener, its slight sweetness counteracts any bitter aftertaste from the salt. There are no known health concerns with normal consumption.

Seaweed has an umami flavour, one of the five basic tastes and a flavor that is loved by both children and adults.

Seaweed is often used as a cooking ingredient in East Asian cuisines, such as sushi, salads, or miso soup. However, if you think seaweed is only suitable for Asian dishes, think again! The ancient sea vegetable was first found consumed in Peru, Africa, and Iceland thousand years ago, way before the Japanese discovered this yummy gift from the ocean. Seaweed is also used as a natural colour, and flavour enhancer in healthy snacks and other cuisines due to its natural savory deliciousness!

Can I eat seaweed every day?

Eating small amount of seaweed every day is considered safe for most healthy individuals.

The main concern of eating too much seaweed is over consumption of iodine. The recommended daily iodine intake for Australians is 150 micrograms. People with thyroid health issues should be cautious of the type and amount of seaweed consumed. Otherwise, ingesting more than 150 micrograms of iodine a day is tolerated by most healthy individuals. However, the suggested upper limit of iodine intake per day is 1100 micrograms. Exposure to more than the upper limit in the long term might result in thyroid disorders. Read more about iodine in detail here.

All Alg Seaweed formulations are carefully designed and tested to ensure safety in terms of its iodine content. A sprinkle of our seaweed seasoning provides iodine way below the upper limit, which is safe to eat for most healthy individuals including children. However, if you are concern about your iodine requirement and safety level, always check with your health professionals.

So enjoy sprinkling seaweed on salads, meats, eggs, avocado and fish as a flavour and texture boost to your daily diet. Using seaweed sprinkle as a salt alternative is also a healthy diet tip!